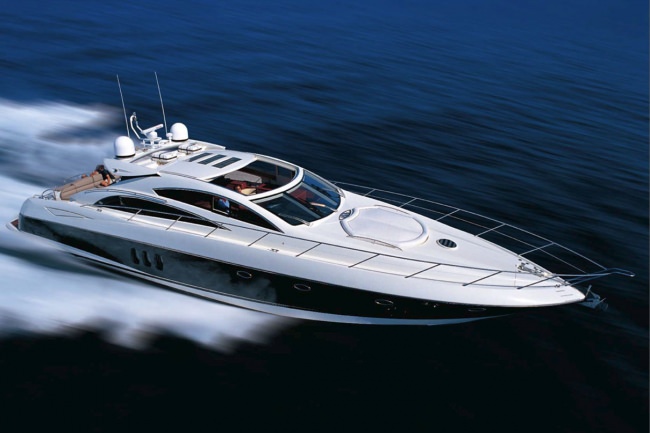 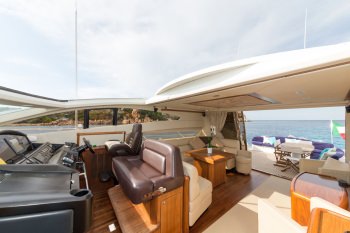 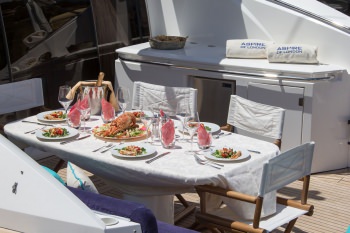 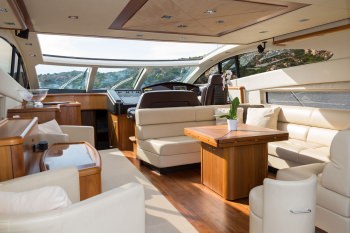 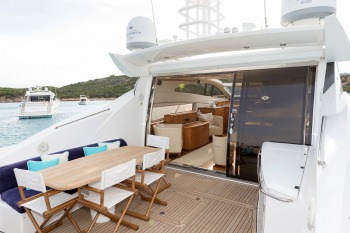 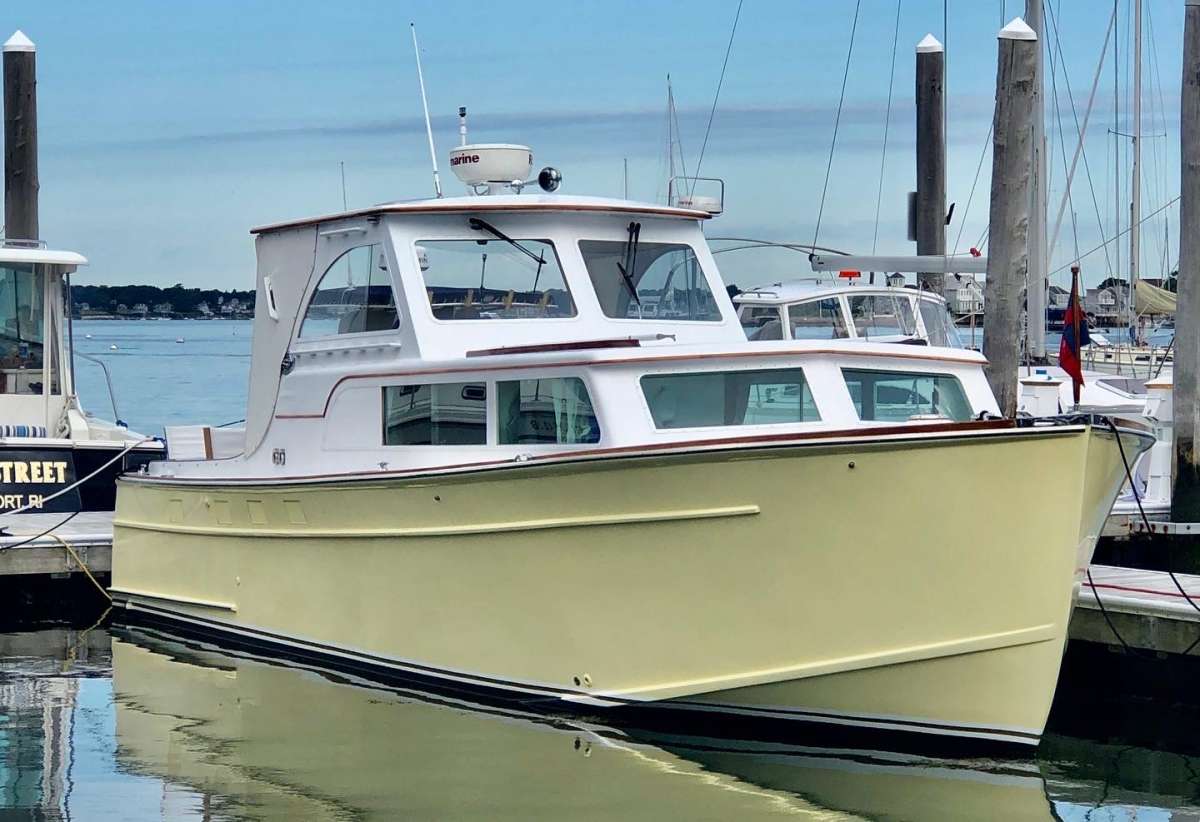 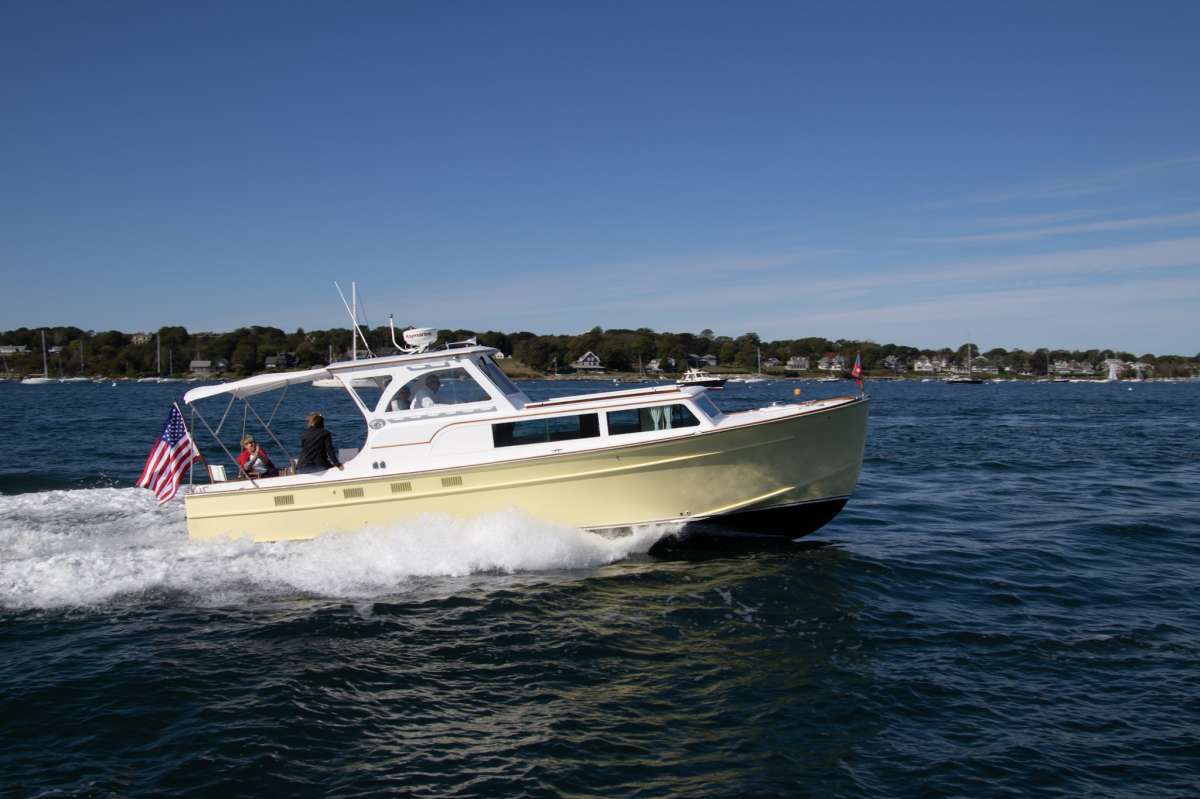 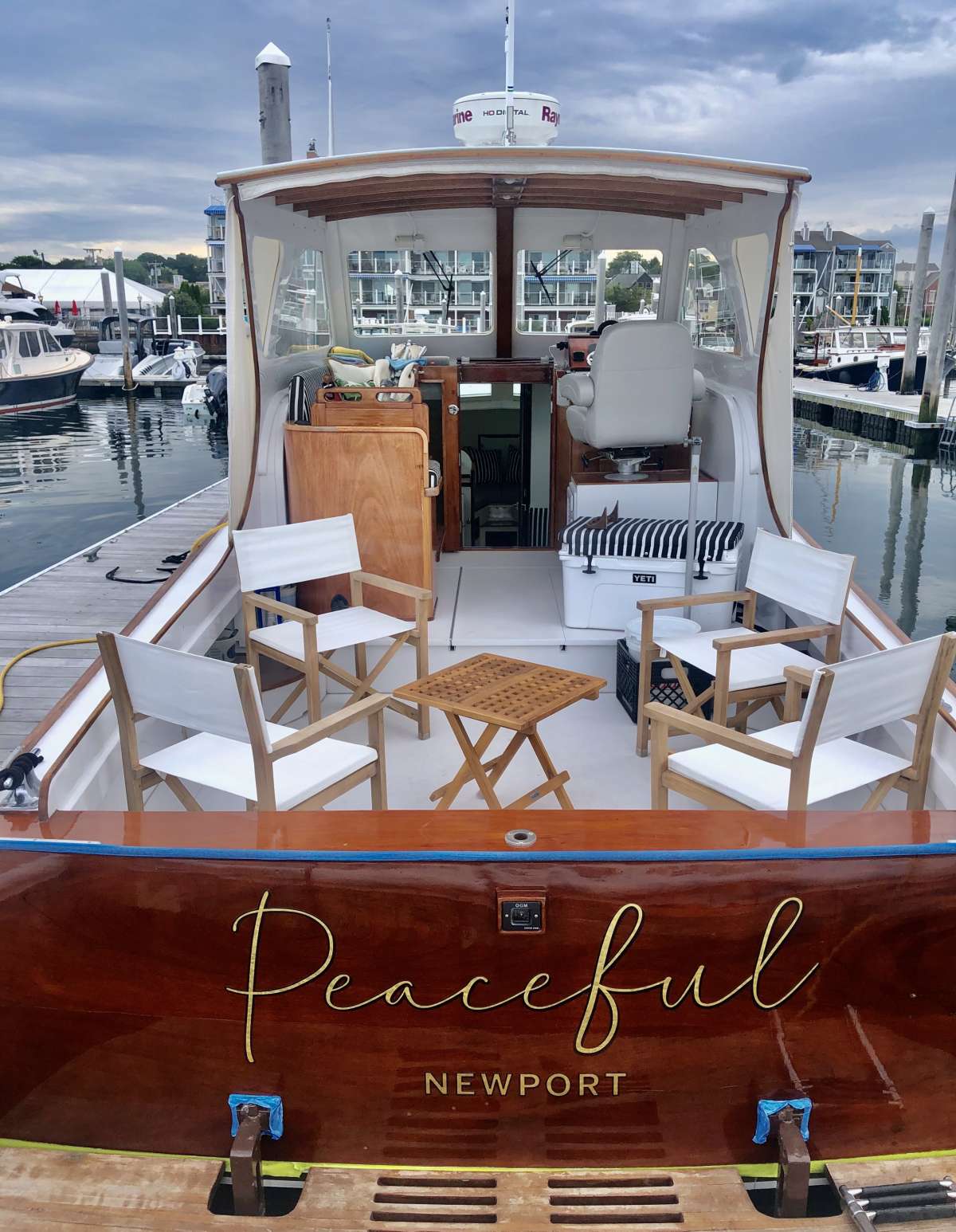 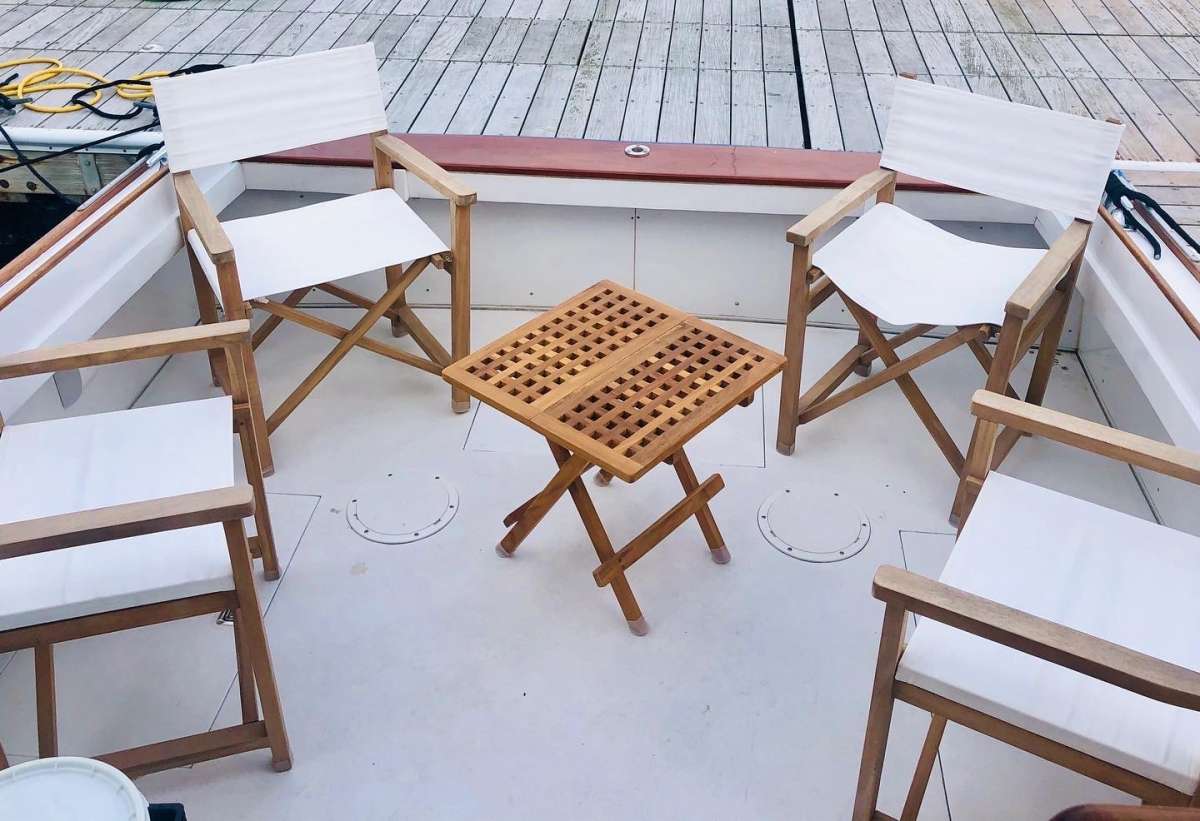 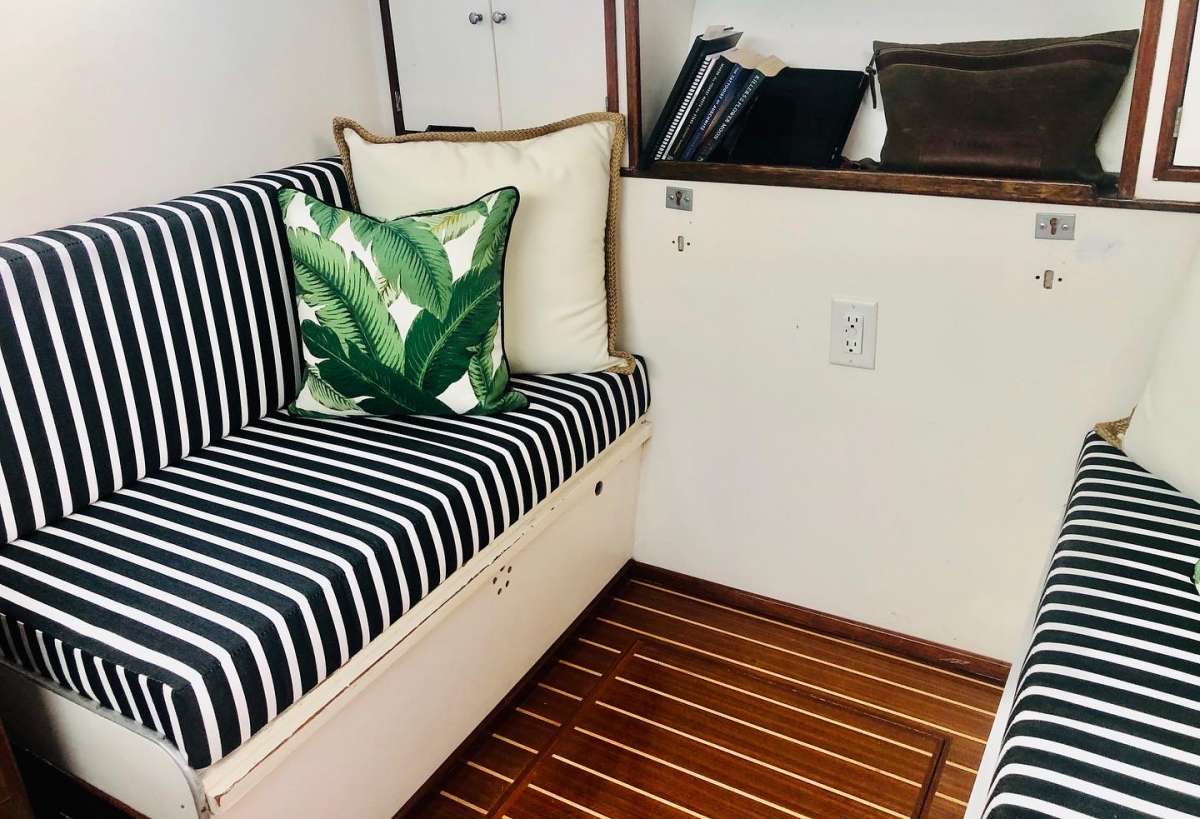 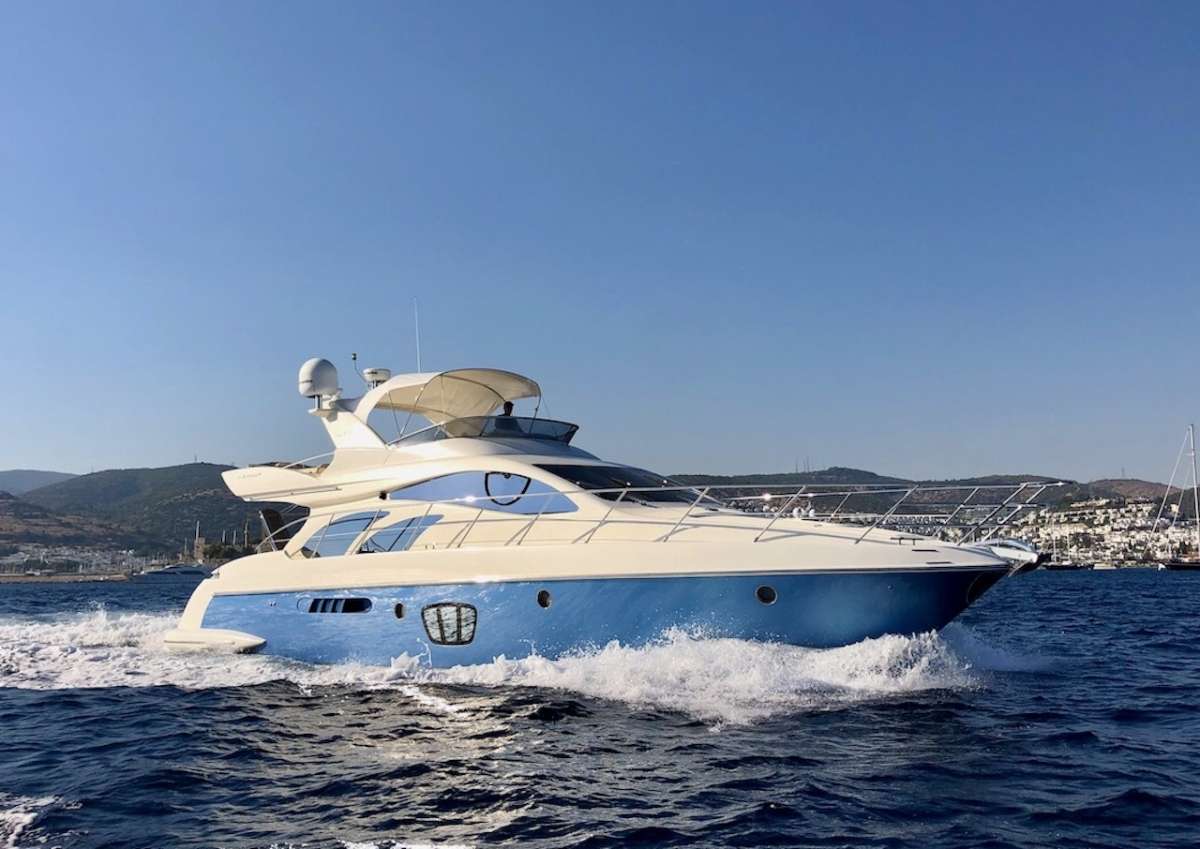 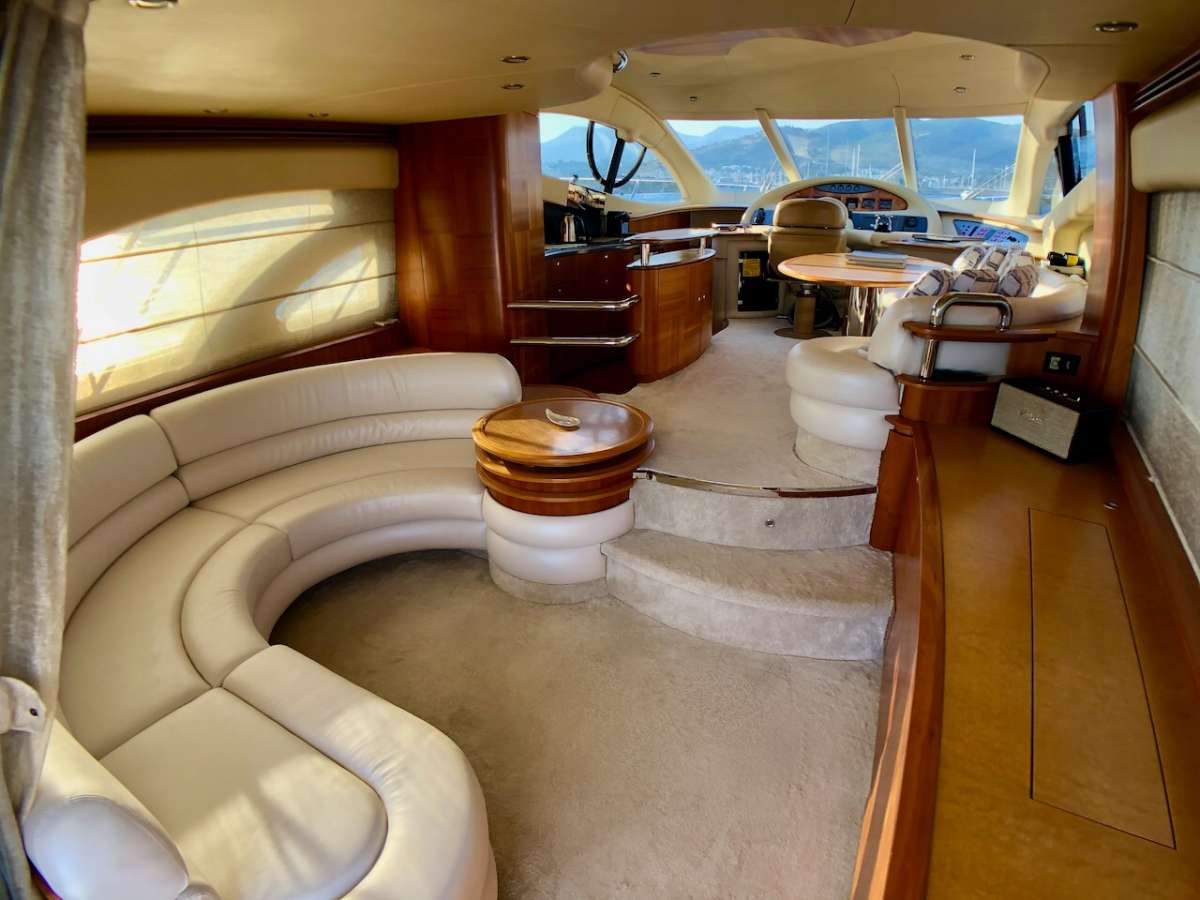 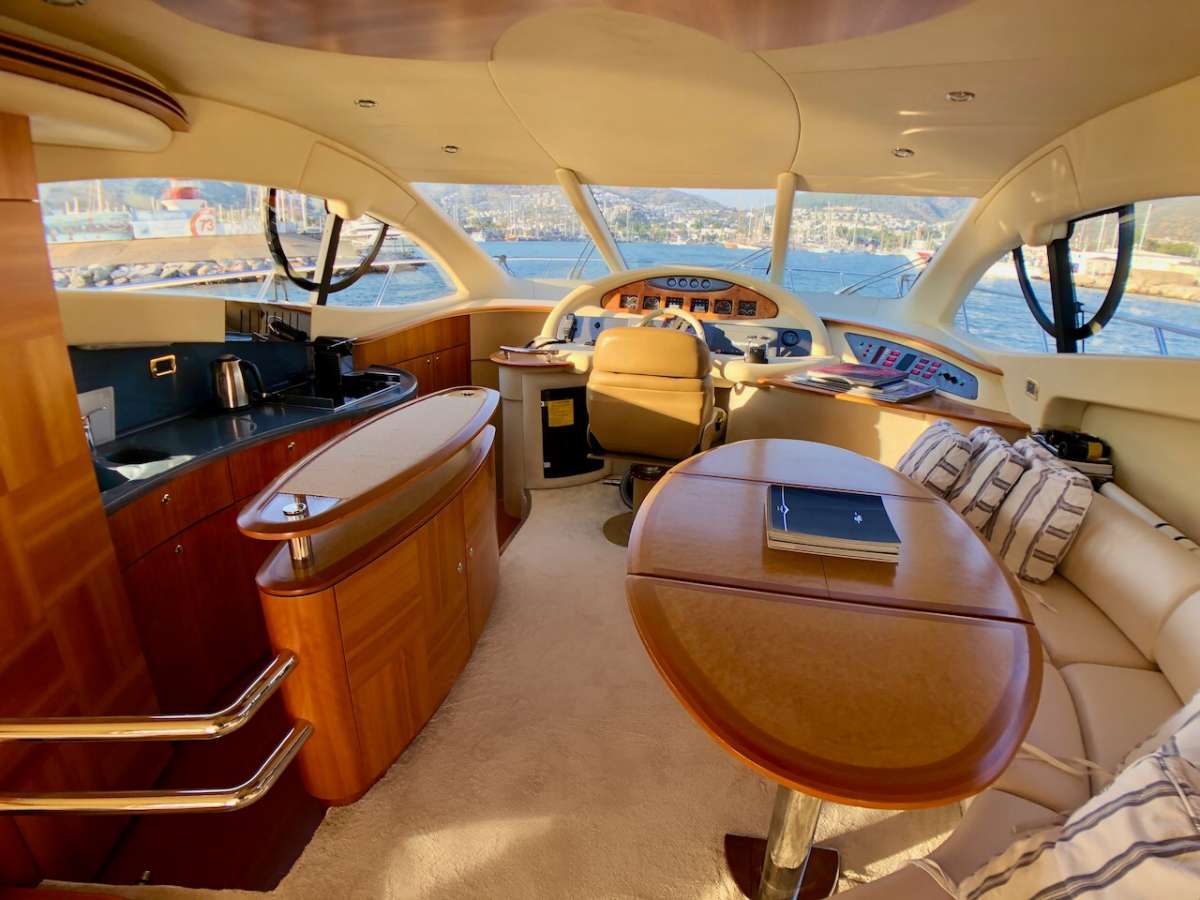 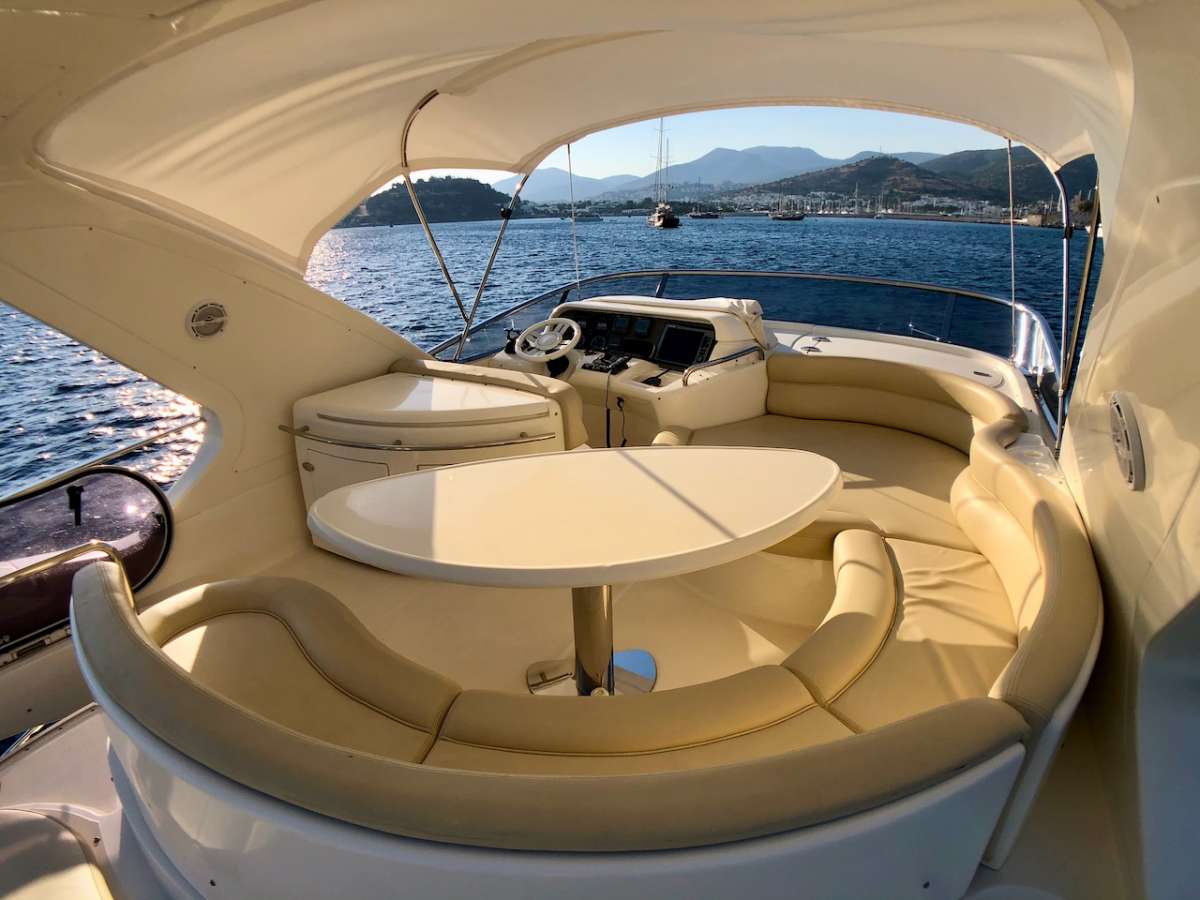 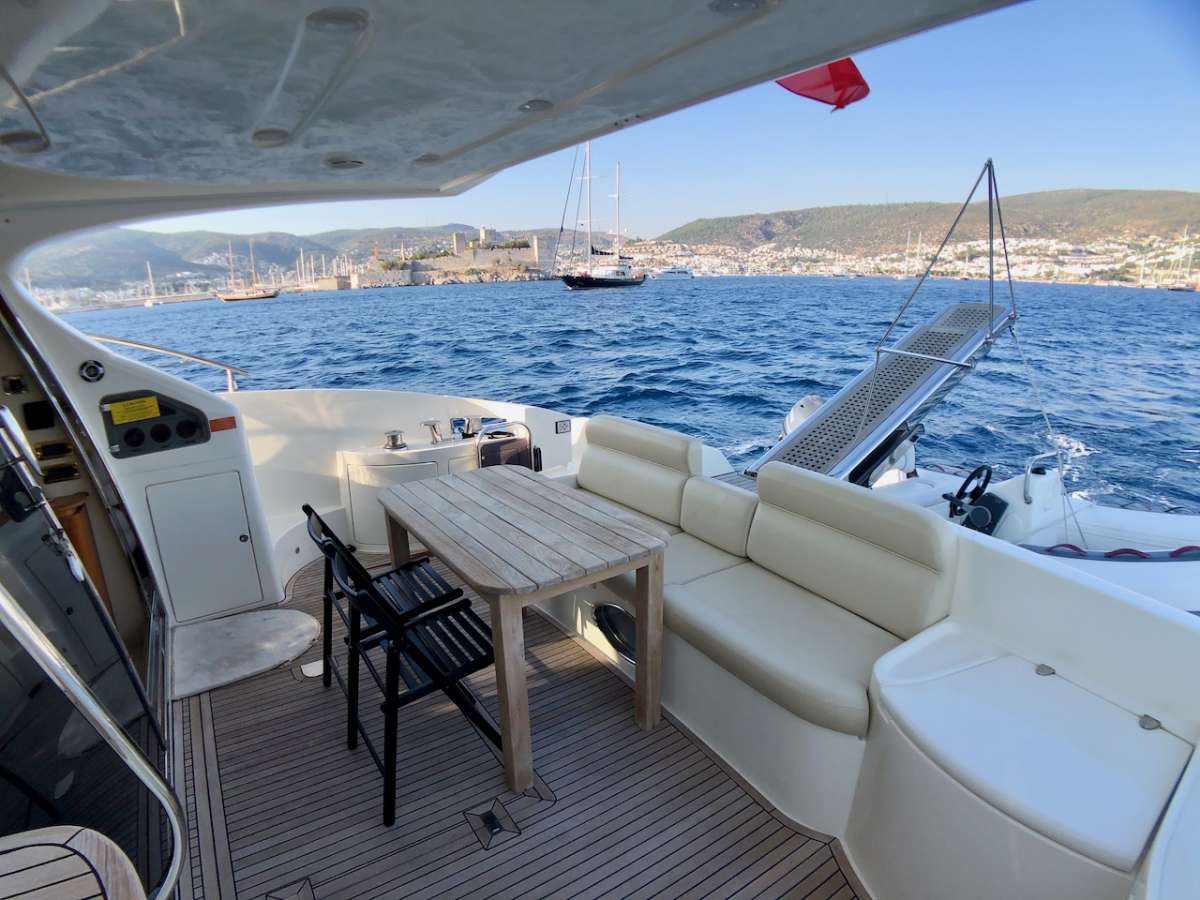 GREY WOLF is a purpose-built, compact Explorer Yacht that boasts transoceanic range, large interior volume and an environmentally-friendly footprint. She was built in New Zealand by Circa Marine and delivered in 2017. Aluminum hull and superstructure are designed to MCA Category 0, the highest worldwide safety rating available, so there are no limits to your adventure. The main deck layout positions the salon forward, dining midship and galley aft, completely surrounded by oversize windows for panoramic views. Let the sun shine in, or touch a button and shades descend for complete privacy. Roomy accommodation for up to six guests includes an owner's cabin in the bow, and two double cabins amidships. GREY WOLF treads lightly, with comprehensive solar systems and fuel-efficient, Lugger diesel engines. She intelligently incorporates state-of-the-art technology without sacrifice to luxury at sea and comfortable cruising. Join GREY WOLF as she sails the seven seas. Explore the planet’s wild and remote places. Thought your dream voyage couldn’t come true? Think again. Enjoy this short promotional video : https://www.youtube.com/watch?v=YirN89kTDtE

Grey Wolf's interior layout sleeps up to 6 guests in 3 staterooms, including a primary suite and two double cabins. Each room has its own ensuite bathroom. For larger groups, the primary king bed can be split into two twins and the port guest has an optional pipe berth. 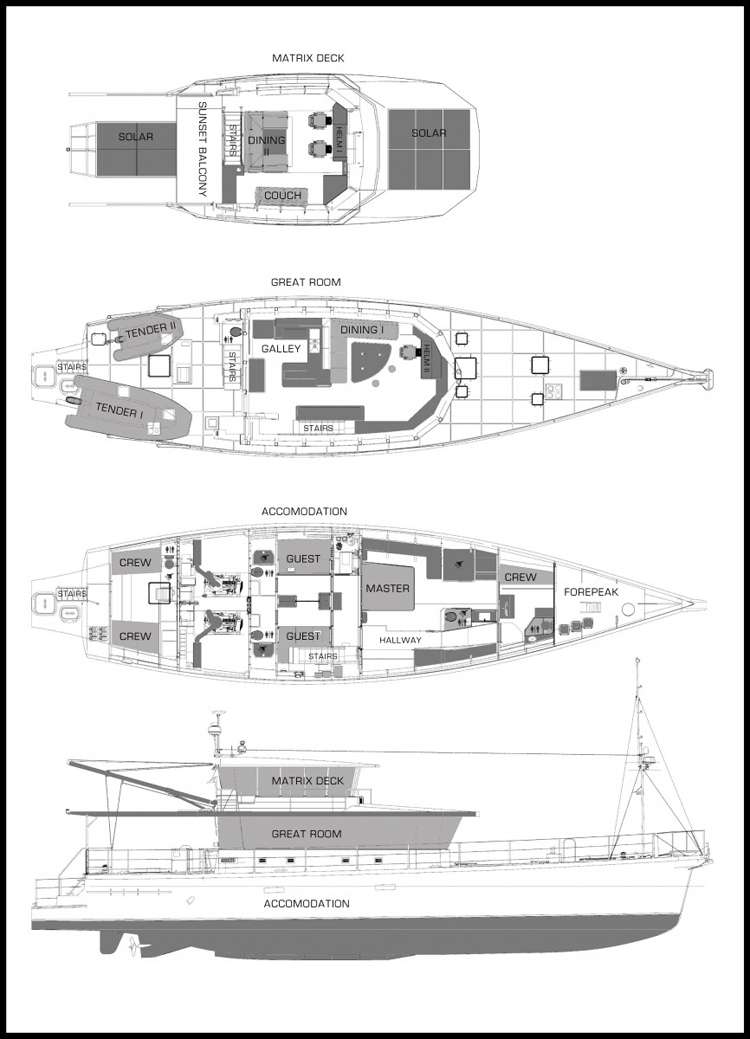 Simon was a born seafarer, literally. He says, “I’ve been on a boat since the womb. Dad retrofitted the yacht to have baby seats, so he and mum could take the kids cruising. So, I have always been at home on the sea.” He grew up in the small, seaside town of Whangaparaoa, near Auckland, New Zealand. His dad is a marine engineer, so much of his time was spent playing and working on boats. The rest of the time he was fishing, diving, hiking, and hunting. He also become an avid and talented photographer and videographer.

Simon completed his university studies in 2010 and set off to discover the world. He explored much of the planet; Europe, North and South America, Africa, Caribbean, South Pacific and Antarctica. He directed a documentary film of a two-month canoe trip from Canada to Alaska. He worked the gold mines of Northern Canada. He logged 18,000 miles in just eight months on a sailing yacht delivery. Then he met Peter on GREY WOLF.

GREY WOLF is a very special yacht, and Simon, as Captain, is a perfect fit. He is a highly experienced seaman in all ocean conditions. He loves meeting new people and sharing stories. He is a natural teacher and encourages his guests to venture just beyond their comfort zone. He says, “It’s an incredible world we live in. I am privileged to have the opportunity to guide people to remote destinations and to share the experience with them. The beauty of GREY WOLF is that we can do it all and bring some homey comforts along for the ride.” Charter Grey Wolf and let Simon launch your adventure.

Peter’s passion for adventures at sea is not surprising. It’s in his blood. He grew up in Bristol, UK, a city with a strong maritime heritage. As a child he did a lot of exploring, sailing aboard his Dingy, and hiking or horseback riding in the Welsh mountains. By the time he entered college to study marine electronic engineering, he was already focused on a maritime career. Today, Peter is a highly accomplished seaman, with numerous certifications and licenses acquired during his 30 years in the marine industry.

GREY WOLF will be available for charter in the Antarctic and later to breathtaking destinations within the Arctic Circle. Peter’s knowledge, experience and contacts in the Polar regions makes this journey possible. He is a qualified ice pilot. His lengthy list of achievements includes Polar Basic and Polar Advanced qualifications at the internationally renowned maritime college, Aboa Marine, in Turku, Finland. The school has been training mariners since 1813. It is one of the very few colleges to train in accordance with the Polar Code and IMO model courses.

Peter has traversed the world’s oceans. His exotic adventures make for lively evening conversation aboard GREY WOLF. High latitude sailing, especially trips to Greenland, and Svalbard, is a passion. Among his most amazing recent voyages, The Long Voyage Home of FPB 64 GREY WOLF was an epic journey from Auckland to Guernsey via the Panama Canal. The trip took three months and covered more than 13,000 nautical miles. GREY WOLF is a safe, comfortable and luxurious explorer yacht. But it’s Peter that makes every charter expedition the experience of a lifetime.

Eve Ryan, nick-named Evie, is described fondly by friends as trustworthy, kind-hearted and brilliant. She has traveled worldwide, volunteered in Malawi, learned to sign and clocked some 10,000 miles at sea. She was born and raised in the beautiful countryside of South Staffordshire, Midlands, Britain. It was an idyllic setting for her favorite hobbies; horse riding and photography.

After graduating from UKSA Superyacht Academy, Evie worked as a stewardess on private yachts in the Mediterranean. In May 2016, she completed her first transoceanic passage, 9,500 nautical miles from Seattle, WA to Imperia, Italy. She logged the equivalent of three back-to-back Atlantic crossings. Evie’s passion for adventure has led her through the Panama Canal, trekking in the Costa Rican rainforest, hiking Alaskan glaciers, salmon fishing in British Columbia and shooting aerial photos of humpback whales, orcas and grizzlies.

Evie is an innovative chef with a flair for preparing healthy living food, especially vegetarian, vegan, gluten free and paleo-style dishes. She especially likes to create dishes based on recipes collected during her travels. To expand her menu, she also completed classes at the Ashburton School of Cookery. Guests will be delighted by Evie’s high level of service, thoughtful attention to detail and delicious fine dining, served up with a warm smile. 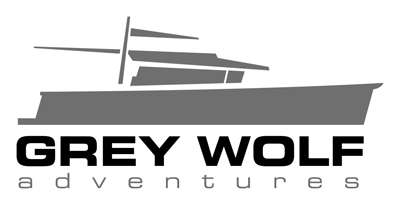 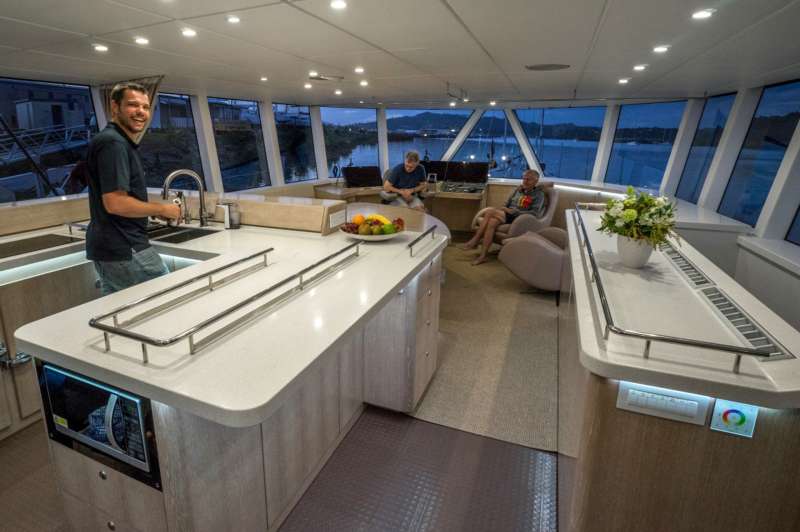